Are you looking for a wild and energetic soundtrack to liven up your next dance party? If so, you'll want to look into the electrifying world of scouse house music. Whether you are a fan of donk house scouse is the signature sound of the dance scene in Liverpool. From the leading DJs to the hottest mixes, the incredible range of scouse house music has something for everyone! Keep reading to discover the best YouTube channels to find your new favorite scouse house hits! 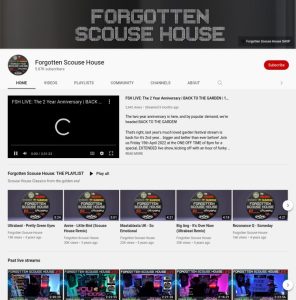 Forgotten Scouse House is a YouTube channel featuring many of the popular UK dance music styles from the 90s, such as Scouse House, Pleasure Rooms, Wigan Pier and more. It features iconic names in the scene such as Mike Di Scala, The State, State Liverpool, Lee Butler, Mark Simon, and Pez Tellett. With an incredible selection of classic and rare music, it's a must-see channel for any vintage dance music fan. The Scouse House & Bounce Classics YouTube channel offers an insightful look into the world of scouse house music - a genre of music hailing from Wigan Pier, UK. With uplifting melodies and energetic beats, this channel provides the perfect soundtrack for any rave or party. Get ready to get bouncing and dancing to some classic scouse house hits! DJ Matty Scouse/Bounce House is a YouTube channel dedicated to all things scouse house music. It features mixes from DJ Matty and other renowned DJs, incorporating influences from scouse, donk, and bounce house sounds. From the latest tracks to classic hits, the channel is the perfect place to get your fix of house music and scouse beats. 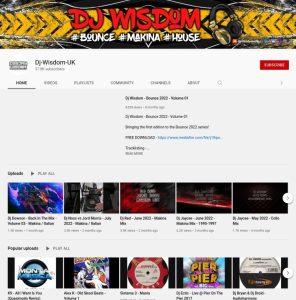 Dj-Wisdom-UK is an immensely popular YouTube channel devoted to all things scouse house music, UK bounce and Wigan Pier anthems. Their mixes and sets feature classic GBX anthems, epic Ultimate NRG tunes, and an array of Bounce Till I Die and Sopranos Bounce tracks. This channel offers a special kind of Bounce Heaven for all its followers. 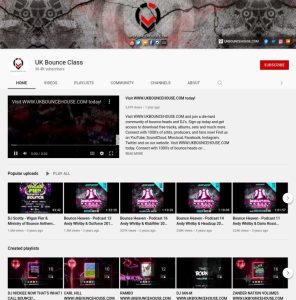 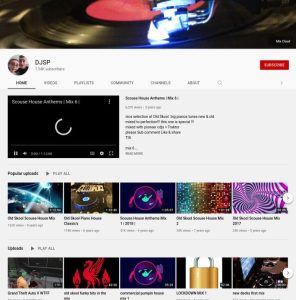 DJSP is a YouTube channel featuring upbeat and energetic scouse house music from DJ Ste P. His channel includes both new and old skool scouse house tracks and mixes and is especially popular among people in Liverpool. DJsP also covers a range of dance, music and techno genres and features exclusive mixes from the artist. Whether you're looking for something new to listen to or want to relive some classic old skool scouse house tunes, DJSP is the perfect choice. 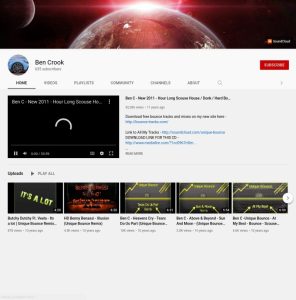 Ben Crook's channel is packed with Scouse House 'Donk' mixes - the unique north Liverpool sound. These mixes and sets feature classic sounds across the Scouse House spectrum, with deep kicks, tough basslines and organ funk. Listeners can enjoy two-step and 4x4, bangin' B-sides and rarer mixes, and the odd cheeky classic of the UK sound. Crook brings back memories of the classic 90s and 2000s sound, and is sure to get listeners on their feet and bouncing.

An Overview of Scouse House Genres

Scouse House is a genre of music that emerged in the late 80s in Liverpool, England, and has become increasingly popular in recent years. It generally combines elements of UK garage, jungle, house and two-step, as well as incorporating bass, UK funky and other genres into the beackground. The genres that make up Scouse House include Sublow, Grimey Nuskool, Smashed Beats, Bassline, Sub Heavy and UK Funky.

Sublow is a style of Scouse house that was born in the early 2000s and grew out of the UK Funky scene. The main characteristics of Sublow are its heavy basslines, pads and vocal samples. Its sound is often characterized by syncopated percussion and a hard, distorted bassline.

Grimey Nuskool is a style of Scouse house equally influenced by UK Funky and UK garage. The main elements used in Grimey Nuskool are bass, vocal samples and pads. It has a much more energetic sound than Sublow and makes more use of syncopated percussion and vocal samples to create a sound that is more distinctive and unique. It has become increasingly popular in the past few years and is credited as one of the driving forces behind the current Scouse House music scene.

The sound of Scouse House music can be heard across Liverpool and the UK. A fusion between house and rave music, Scouse House has been revolutionising the club scene since the mid-90s. With its dark and driving beats, Scouse House isn’t for the faint of heart.

Producers have played a large role in perfecting the sound of Scouse House music. They use the genre’s signature elements of dark chord progressions, heavy kick drums, and disco samples to create unique sounds that can only be found in the genre. There have been a number of well-known producers to come out of the Scouse House scene but some of the most influential producers to be associated with the genre are Terry Farley, Paul Oakenfold, and Graham Park.

Scouse House Producer are a vital part of the sound and the culture of the genre. Their hard work and dedication paid off before the world was aware of what Scouse House was, and they should be credited as some of the most influential figure heads of the genre. Without these producers, Scouse House music might not have become what it is today.​​​​​ ​​​​

Scouse House music is a distinct style of EDM that combines catchy drum patterns, house chords and hard bass lines. If you’re looking to download Scouse House songs, there are plenty of great resources around the web.

The first step is to visit some of the main websites that specialize in electronic dance music. Beatport, Juno and Traxsource are all excellent sites to find thousands of songs from the Scouse House subgenre. Many of these sites offer free downloads, as well as more premium options for songs.

For a more “local” approach, there are also several dedicated Scouse House sites such as “Scouse House Vibez” and “Scouse House Music”. These sites usually require you to sign-up for an account, and will often give away exclusives and offer discounts for members. The advantage here is that you get top quality tracks from emerging producers and DJs without having to pay full price. Finally, it’s worth checking out the official Soundcloud pages of your favorite producers. Soundcloud is one of the biggest and most popular streaming services, and most producers have their own official Soundcloud profiles that feature plenty of great Scouse House tunes.

All in all, there’s no shortage of options when it comes to downloading Scouse House music. Whether you’re looking for free downloads, licensed music or an insider look at the scene, these resources will surely have something to offer. So the next time you’re looking to add some Scouse House bangers to your collection, make sure to check out these great resources!