Looking for the best YouTube channels for paragliding? Look no further! In this article, we'll share with you our top picks for the best channels to follow for all things related to paragliding. From adventure flights to extreme paramotor flying, these channels have it all. So whether you're a seasoned pro or just getting started, be sure to check out these great channels for your next dose of paragliding inspiration. 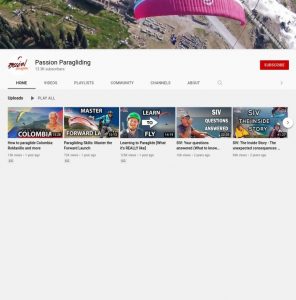 The Passion Paragliding YouTube channel is a great resource for anyone interested in learning about or taking up the sport of paragliding. The channel features a variety of paragliding courses, trips, and videos that show you how to get started in the sport. Whether you're looking to take your first steps in paragliding or you're an experienced flyer, this channel is a great way to learn more about the sport and find new ways to enjoy it.
So what are you waiting for? Check out the Passion Paragliding YouTube channel today! 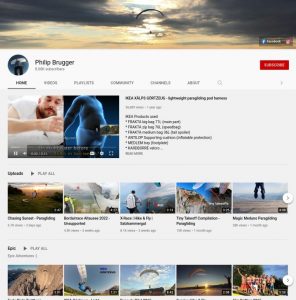 Philip Brugger is a YouTube channel dedicated to paragliding and skitouring. He posts videos of his adventures in the mountains, hiking and snowboarding. His videos are shot in stunning locations and often include footage of him flying through the air on his paraglider. If you're looking for an adrenaline-pumping, visually-stunning channel, then Philip Brugger is definitely worth a watch! 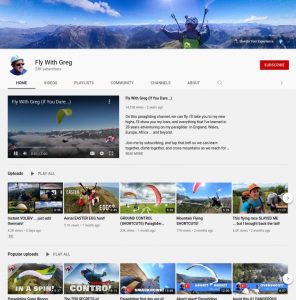 Go to Fly With Greg Channel 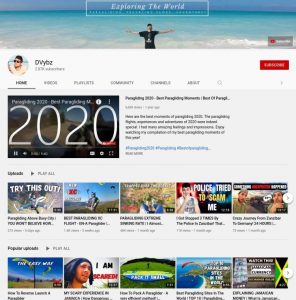 The DVybz YouTube channel is dedicated to Paragliding and GoPro Hero How To Travel Vlogs and World Travel. Paragliding Videos, Paragliding and Vlogging are some of the exciting content you'll find on this channel. If you're looking for an adventure, you've found the right place! 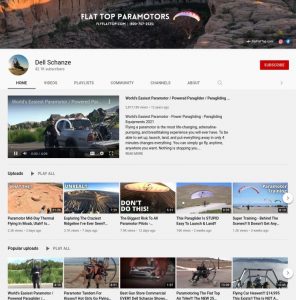 Dell schanze is a channel focused on paragliding and paramotoring. He often posts videos of him racing and tips on how to improve your paramotor skills. In 2021, he also started posting videos on how to ride on a paramotor and some of his paramotor tricks.
If you're interested in either of those activities, or just want to see some amazing scenery and flying skills, then check out Dell Schanze's YouTube channel! 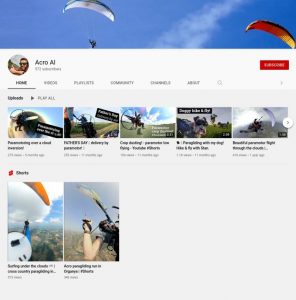 The Acro Al YouTube channel is all about paragliding, with videos of pilots flying and doing aerobatics. There are videos of flights in various locations around the world, as well as tips and advice for new pilots.
The channel has been growing steadily since it started in February 2019, and now has over 18 videos and nearly 1000 subscribers. If you're interested in paragliding or just want to see some beautiful footage of pilots flying through the air, then be sure to check out the Acro Al YouTube channel. 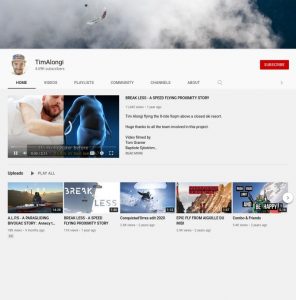 The TimAlongi YouTube channel is dedicated to videos about paragliding, speed riding, and speed flying. Tim Alongi is a skilled pilot who enjoys cross country flying and ground handling. His videos are both informative and funny, and he often collaborates with other pilots, such as Theo de Blic. In addition to flying, Tim also enjoys making full stall landings.
If you're interested in learning more about paragliding or speed flying, then be sure to check out the TimAlongi YouTube channel. With over 21 videos and 4,690 subscribers, you're sure to find plenty of informative and entertaining videos. So what are you waiting for? Start watching TimAlongi's videos today! 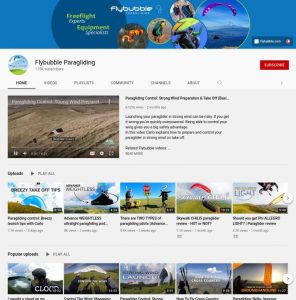 The Flybubble Paragliding channel is all about paragliding! They give tips on ground handling and how to take off, as well as reviews of different types of paragliders. They also show footage of their own paragliding adventures in South East England.
Their most popular video, with over 50,000 views, is called Paragliding with Dolphins! In this video, the Flybubble team take their paragliders out for a Fly with dolphins off the coast of England. This video is a great example of their approach to paragliding - having fun and enjoying the experience.
If you're interested in learning more about paragliding, or just want to watch some beautiful footage of paragliding in action, then be sure to check out the Flybubble Paragliding channel. 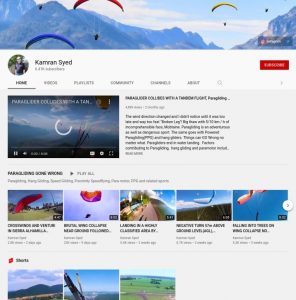 Kamran Syed's YouTube channel is all about paragliding, hang gliding, and other extreme sports. He has videos on how to do powered paragliding, paragliding for fun, and hike & fly. He also has videos on proximity speedflying.
If you're looking for some exhilarating and intense GoPro footage, then Kamran Syed's channel is definitely worth checking out. With nearly 50 videos and over 6,000 subscribers, Syed's channel is one of the go-to places for extreme sports fans. 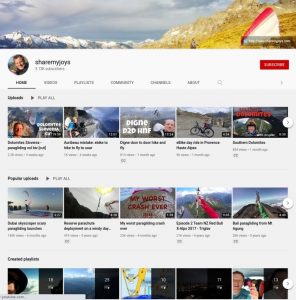 The channel sharemyjoys is all about paragliding and parapente (a type of flying). The channel's creator flies in different locations all over New Zealand, and also documents his experiences and tips for others who want to try paragliding or parapente. In some videos, he even sets up a biv (a temporary camping shelter) on top of a mountain so he can enjoy the view and the experience of sleeping under the stars.
If you're looking for some breathtaking views and interesting stories about paragliding and parapente, then be sure to check out sharemyjoys on YouTube. With nearly 300 videos and over 3,000 subscribers, you're sure to find something that interests you. Who knows, you might even be inspired to try paragliding or parapente yourself!