Are you looking for the best YouTube channels for learning the Fula language? If so, you've come to the right place! In this article, we'll share with you our top picks for channels that offer helpful lessons on everything from how to pronounce words to grammar tips. Whether you're a beginner or an advanced learner, you're sure to find something to help you on your journey to fluency. So what are you waiting for? Start exploring these channels today!

The YouTube channel Souley O is a great resource for learning Fulani. The channel started in January 2007 and currently has 72 videos. It has 4,870 subscribers. Some of the topics covered in the videos include greetings, counting, colors, verb conjugation, and family members. The videos are all in Fulani with English subtitles.

Wikitongues is a YouTube channel that was started in December 2011. The channel has 814 videos and 117,000 subscribers. The channel features videos of people speaking various languages from all over the world. Some of the languages featured on the channel include Fula, Pulaar, West African French, Ewondo, Tuvan, Loma, Wolof, French, Hassaniya Arabic, Tamazight, Kabiye, Northern Sotho, Mooré, Dioula, Mandingo, Dagbani, Mandinka, Bijapur Kannada, Sakapulteko, Spanish, Jamaican Creole English, and Jamaican Patois.

Salihu Bashir has been teaching people how to speak Fulfulde since 2013. His channel is full of videos on topics like how to say greetings and count in Fulfulde, as well as more specific topics like how to say different body parts and sentences. He also has a Fulani book available for purchase on his channel. Bashir's videos have a supportive and encouraging tone, making them perfect for beginners who want to learn this beautiful language.

The Abu Shaw YouTube channel was started in March of 2014 and features 29 videos. The channel is focused on helping viewers learn Fulani, a language spoken in Africa. The videos on the channel cover topics such as greetings, introductions, family members, counting, and places. The channel has 112 subscribers. 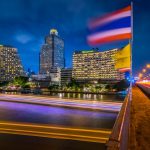 8 Best Gujarati Learning YouTube channels You Must Join in 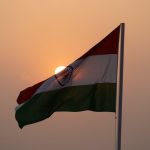 10 Best Marathi Learning YouTube channels You Must Join in 9 Best Maithili Learning YouTube channels You Must Join in 8 Best Haryanvi Learning YouTube channels You Must Join in 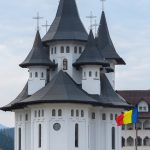