Looking for some good YouTube channels that specialize in hardcore music? Then look no further! In this article, we'll recommend some of the best channels for hardcore music, mix, hardstyle, metalcore, techno, dance, and EDM. Whether you're looking for Angerfist or something a little more upbeat, we've got you covered. So sit back, relax, and get ready to rock out to some hardcore music! 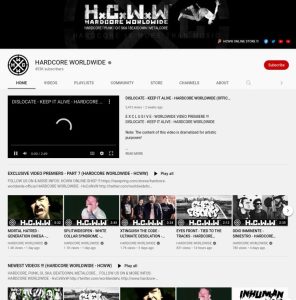 Hardcore Worldwide is a YouTube channel specializing in the hardcore music scene, featuring content from This Is Hardcore, NYHC, HCXCXWXW, Punk, HCWorldwide, and HardcoreWorldwide. It brings together the best of the underground and gives it a global platform to be shared. The channel is a hub for hardcore music, featuring a plethora of artists and genres to explore. 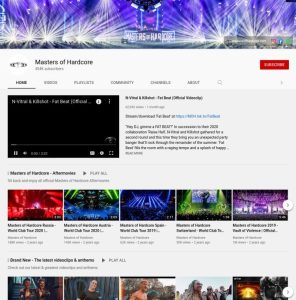 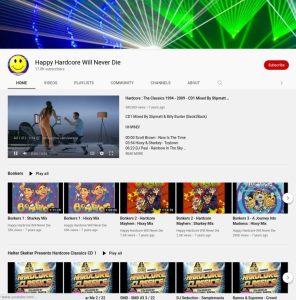 Happy Hardcore Will Never Die is an ultimate YouTube channel for hardcore music lovers, filled with happy hardcore bangers. It's the go-to place for the newest, hottest and most energizing tracks from the scene.

Hardcore is more than music 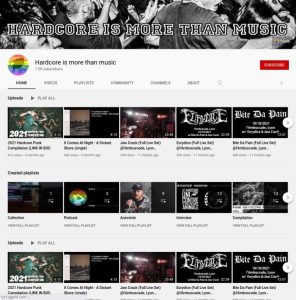 Hardcore is more than music is a YouTube channel focused on the hardcore music scene, covering everything from punk to beatdown to hxc and all related styles. Watch clips of live mosh pits and shows, interviews with bands and other features as they explore the cultural and musical aspects of hardcore and help spread the message of unity and positivity in the scene. 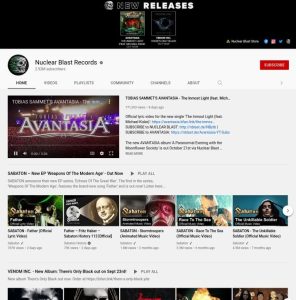 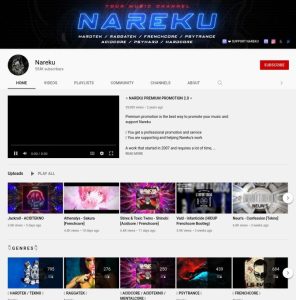 Nareku is a YouTube channel that showcases all kinds of hardcore music from the French underground scene, including Hardtek, Frenchcore, Raggatek, Hardcore, Music, Rave, Tekno, and Acidcore. Specializing in the hard and fast side of electronic music, Nareku brings the sounds of the French rave scene straight to your ears. 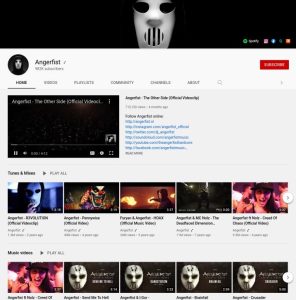 The Angerfist YouTube channel is a go-to spot for fans of hardcore music. The channel features a mix of music videos, live performances, and DJ sets, all of which showcase the intense, high-energy sound that Angerfist is known for. In addition to the music, the channel also features behind-the-scenes footage and interviews with the artists, giving fans a glimpse into the creative process and the personal lives of the people behind the music. 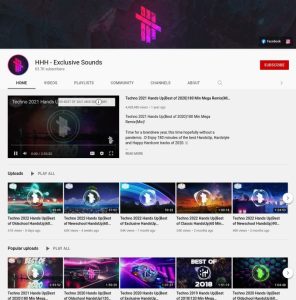 This channel is all about Hardcore Techno and Hands Up music. You can find a variety of remixes and mixes of popular songs, as well as some original tracks. Whether you're looking to get pumped up for a party or just want to listen to some great music, this is the channel for you! 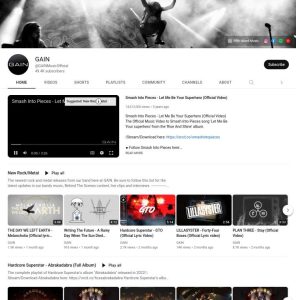 GAIN is a music label and producer of hardcore music and rock. It is home to bands such as Smash Into Pieces, Hardcore Superstar, Plan Three, The Last Band, The Poodles, and Art Nation. Gain Music Official is its official YouTube channel, featuring the latest publications of the label. Fans of metal, rock and alternative music may find the perfect tunes here. 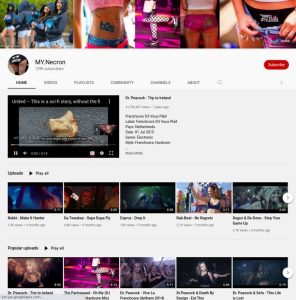 MY.Necron is a YouTube channel devoted to the heavy electronic dance music genres of Hardcore, Hardstyle, Rawstyle, and Frenchcore. With a library of over 200 videos and mixes from some of the most underground, extreme, and hard-hitting music out there, it is sure to satisfy any fan of these hard-hitting and intense genres. Tune in for an immersive experience that takes you straight back to the golden age of old-school raving. 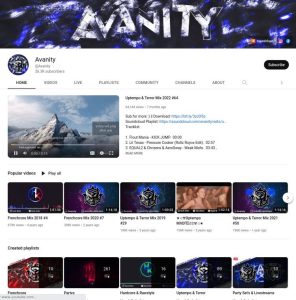 Avanity is a YouTube channel dedicated to producing and sharing hardcore music such as techno, Frenchcore, terror, terrorcore, and uptempo. It features visuals and artists from both mainstream and underground scenes, and there are links to their Instagram and Facebook accounts where fans can stay up-to-date with the latest releases.

Diving into the Popular Sub-Genres of Hardcore Music

Core of the hardcore genre is its speed, energy, and intensity, making it one of the most powerful and unique genres in music today. Despite the genre's many different sub-genres, it all comes from one root-hardcore. To build a greater understanding of hardcore music, let’s explore a few of its most popular sub-genres.

Whether you’re new to the hardcore scene or have been into it for years, it’s always important to remember the different sub-genres that make up this powerful music. With a little exploration, you’re sure to find a sound you love!

Introduction to the Key Musical Elements of Hardcore Music

Hardcore music is a genre that has been around for decades and has evolved over the years. It is a revolutionary form of music that blends elements of punk and metal, often with an urgency and energy that can be hard to match. In this article, we will introduce you to some of the key musical elements of hardcore music to help you understand and appreciate this unique form of music.

These key musical elements give hardcore music its distinct feel and make it one of the most exciting genres of music today. Understanding these elements and utilizing them in your own music can give you a great foundation to create something unique and inspiring. With a little practice and dedication, you'll be creating your own unique hardcore sound in no time.

Popular Bands of the Hardcore Genre

The Hardcore genre of music has produced some of the most renowned and influential bands that has ever existed in the musical world. Spanning decades, the genre has evolved and adapted with the ever-changing musical landscape. Some of the most popular and talked about bands of the Hardcore Genre consist of Converge, Fugazi, Madball and At the Drive-In.

Converge has become one of the most widely acclaimed bands in the Hardcore scene. Originally forming in the 90’s, the band has been able to maintain their relevance over the last couple of decades with a continuous stream of impressive and noteworthy albums.

Fugazi have become one of the most acclaimed bands in post-hardcore musical history, releasing albums that were praised by both fans and music critics alike. With their unique sound that blended elements of indie rock and punk, they were able put their own spin on the genre and influence a whole new slew of bands that followed in their footsteps. The iconic band has left an indelible mark on the music world and will remain one of the most influential bands of the Hardcore genre.

Madball is a New York hardcore punk band that has been active since the mid-1980’s, inspiring countless bands in the process. With their unique blend of hip-hop and hardcore punk, they have become one of the most influential and popular bands of the Hardcore genre.

At the Drive-In are one of the most highly praised and successful bands of the post-hardcore era. With their signature mix of hard rock and punk sounds, combined with a bit of experimentation, their sound was one that resonated with mainstream music fans as well as die hard hardcore fans.