If you're a fan of football, then you know that there are plenty of great YouTube channels out there where you can find the latest highlights and news. However, with so many channels to choose from, it can be tough to know which ones are the best. That's why we've compiled a list of the best YouTube channels for football fans, so you can find all the latest highlights and news in one place. From the biggest names like Ronaldo and Messi, to the biggest clubs like Manchester United and Liverpool, there's something for everyone. So check out our list and find the perfect channel for you. 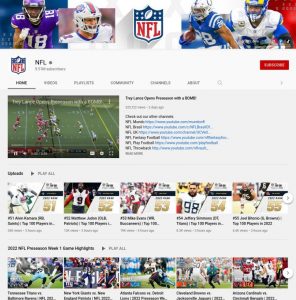 The NFL channel on YouTube is a great resource for football fans. They have highlights from every game, both preseason and regular season. They also have the full game broadcast of the Super Bowl. In addition, the channel has features like the top plays of the season and the top catches of the season. There is also a section for NFL Follies, which is a compilation of the top fails of the season. If you're a fan of professional football, this is a great channel to subscribe to. 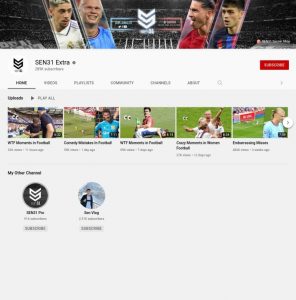 The SEN31 Extra YouTube channel covers all things football, from the latest sporting news to match highlights and everything in between. If you're a fan of the beautiful game, this is the channel for you. The Daily Dose Of Football YouTube channel is a great place to catch up on all the latest football news. They also have some great football documentaries that are definitely worth checking out. If you're a fan of the Premier League, then this is definitely the channel for you. 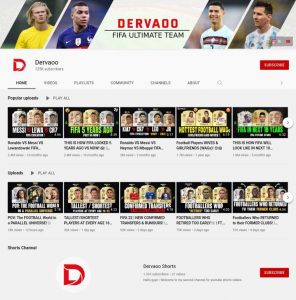 Dervaoo is a popular YouTube channel specializing in football and FIFA 21. They have released several videos discussing FIFA 21 ratings and the history of FIFA, as well as a few videos on Fut Draft 21. They are known for their high-quality, official ratings videos. 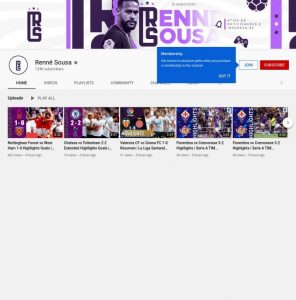 Rennê Sousa is a YouTube channel dedicated to football (soccer) highlights. They showcase goals and key plays from some of the world's top leagues, including the Premier League, Champions League, and Serie A. They also cover the World Cup and other international tournaments. 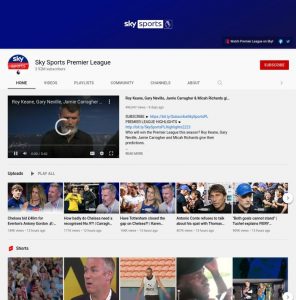 Sky Sports Premier League is a YouTube channel devoted to English football. They post highlights from the Premier League, the top football league in England, as well as analysis and discussion from former professional players like Gary Neville and Jamie Carragher. They also post highlights from the Football League, which is the second-tier football league in England. Manchester United and Manchester City are two of the most popular teams in the Premier League, and Sky Sports Premier League often features videos about these two clubs. Lastly, they also post videos featuring punditry from former professional footballer Roy Keane. 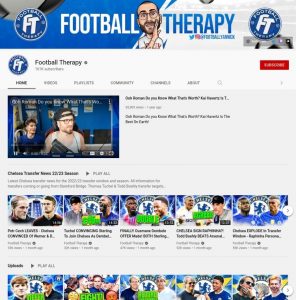 The Football Therapy YouTube channel is a great channel for Chelsea FC fans. The channel features Chelsea FC news, transfer news, and match reviews. The channel also has a daily show where Chelsea fans can call in and talk about the club. 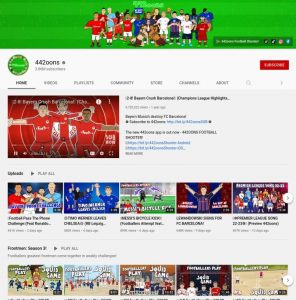 442oons is a YouTube channel started in July 2013. The channel has 1,481 videos and 3,820,000 subscribers. The channel is made up of animated football videos. Some of the topics covered in the videos include Haaland Vs Nunez, Football Lie Detector, April Fools - Football Edition, and Footballers Vs Legends. The channel also has a series called Frontmen Season where footballers play Squid Game, do Truth or Dare, and Among Us: Football Edition. Neymar Vs Messi: Football Challenges is another popular video on the channel. In this video, the two footballers compete in a variety of challenges. Other videos on the channel include Drogba Rant, Scorpion Kick, andDays Of Football Christmas. 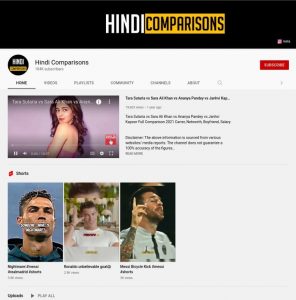 Hindi Comparisons is a channel started in May 2021. The channel has 162 videos and many subscribers. The channel is about football edits, football tik tok videos, football reels, and more.